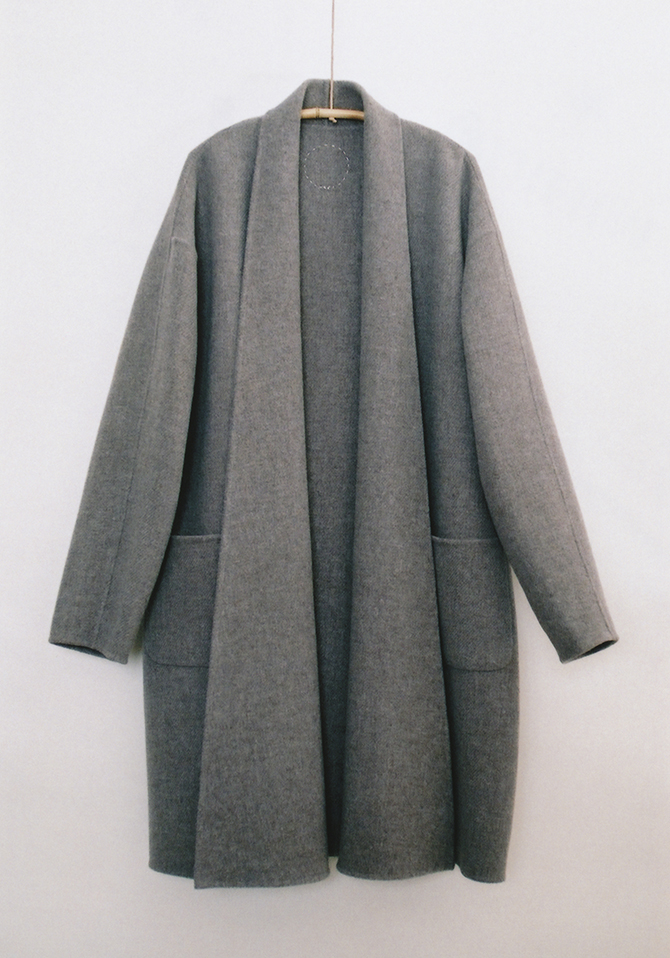 Coat is reversible by a sewing machine and hand sewing.

This Tasmanian wool is a premium wool grown in an organic environment surrounded by primeval forests.

It has excellent ventilation and heat-retaining properties.

For the clothes of Winter’s elegant.

Takashi Ichikawa
“Chaguruma and form afterword and Tools of Tea” 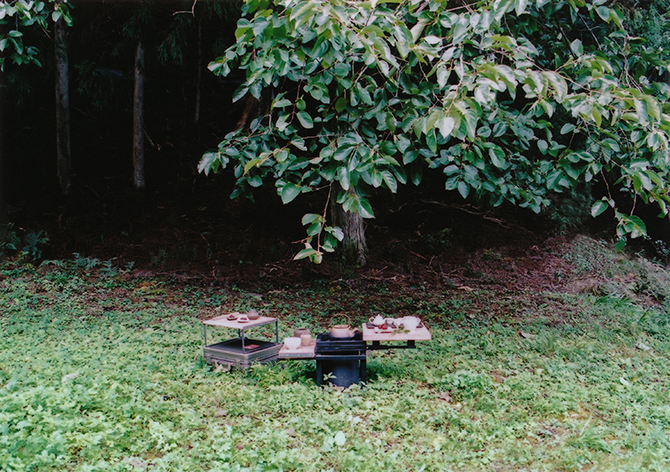 Taking a cup of tea again, it seems to be an event of “Earth, Water, Leaves, Sun and Fire”, feeling fresh appeal to tea, I started to make teaware and tea pleasant tools and “Chaguma and subsequent forms and tools of tea”.

When I noticed, it seemed to me that there were a lot of clothing, food and dwelling “Earth, Water, Leaves, Sun and Fire”.

Among them, the role of fire and water is large, it is too wide to clean up with the word of natural material, it is natural, it feels difficult to see.

Therefore, I would like you to enjoy “Fire, Water and Plants”with tea and sweets during the exhibition.

Following “Chaguruma”* of the last year, we are pleased to present Takashi Ichikawa “Chaguruma and form afterword and Tools of Tea” exhibition at Center for COSMIC WONDER.

Ichikawa has completed making tea utensils “Chaguruma No.1” for taking out to fields and forests, and continues to produce tea-packed tools that are adapted to the various tea places now.

The background was the appearance of “Cha-rry” shaped like a trunk and “Cha-unter” which can play tea on river moistened the senses and heart of guests.

Mr. Ichikawa speaks of tea while feeling “Earth and Water, Leaves, Yang and Fire”.It may be in the pleasures of spreading consciousness heading there, discovering the connection to the universe in the space of tea and tea.

In addition, Ichikawa is doing the project of “Cha-yu-ki” to communicate the charm of tea with friends who love tea with the trip.

The record of a tea ceremony that is beautifully shaking in a magnificent journey thorough the connection of tea is published  “Cha-yu-ki” in this year.

We will exhibit and sell the new tea tools in this exhibition.

On the first day of the exhibition, We will hold a tea ceremony “Fire and Water with Plants” by Ichikawa, Cooking artist of Nao Uekusa and Sound artist of MAMIUMU.

*Chaguruma: Mobile storing table for exclusive use of the tea

*The artist will be attending on October 27 and 28

A tea ceremony “Fire and Water with Plants”

Number of seats: 6 in each time / Reached the fixed number.

Vegetable and Dry matter and Condiment. She mainly cook vegetable dish after feeling the season.

It appear the time and space of the sound, to become one and create. 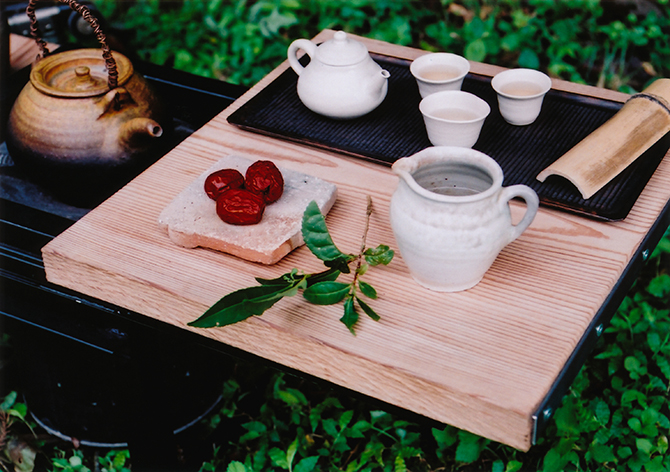 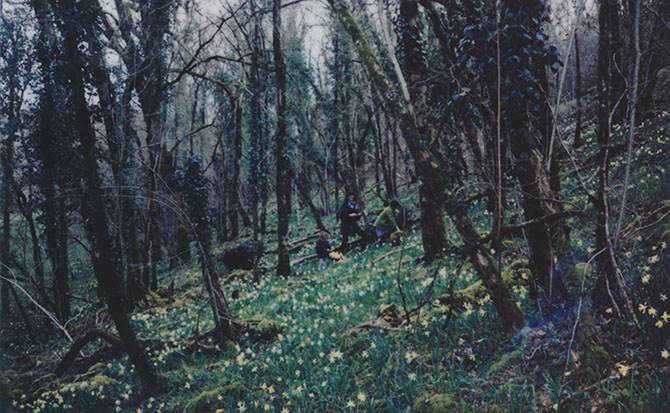 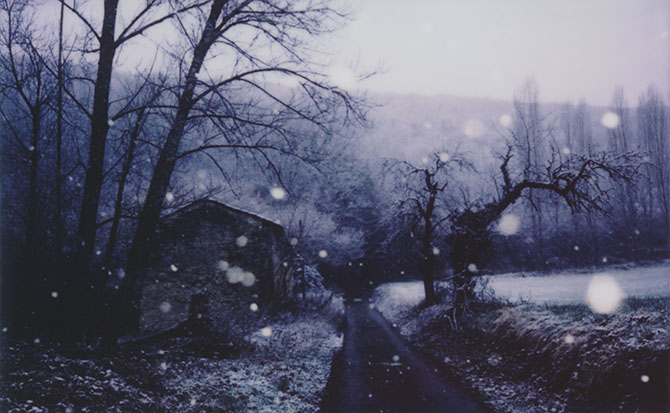 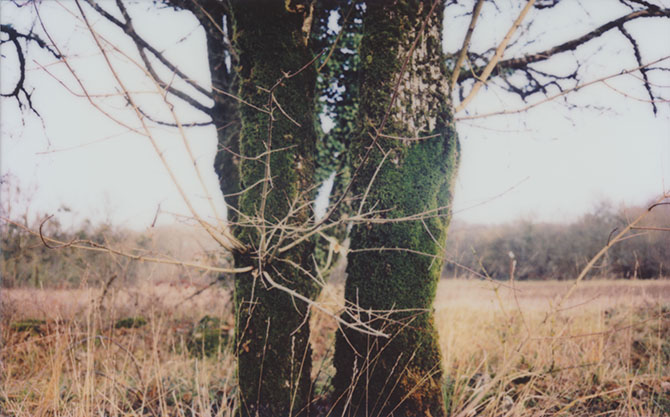 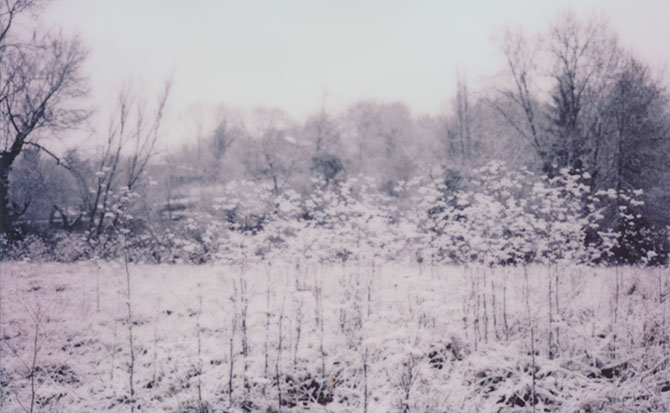 It refers to the loss of an old friend very recently, someone that was very important for me, for my relationship to life in general and to poetry and literature. He used to publish magazines that were different from everything else, his fields were more life & politics. He had a big influence on many people in France. He died at 77 years old. His name was Michel Butel.

The title also refers to the world itself, that is disappearing. I am writing these lines in the Black Forest (in Germany), surrounded by green mountains, an astonishing landscape, but 30 km from here there is Fessenheim, a giant power plant, very old, that should have been closed long ago, according to many people this zone can become like Tchernobyl anytime now.

I also live 80 km from a power plant. Last year it had some leaks. Even though I try to live in harmony with the world I always think of the past and our future that I can only see very dark.

In a way I disappeared myself from a certain world, from my previous life and from Paris.

We are pleased to present “Disappearing”, by Elein Fleiss, a selection of her photographs alongside images and text from her archives.

A free-moving memory is constructed from a web of journals, accounts, and encounters. She recalls the words of her old friend Michel Butel:

“I considered the press/journalism, and I still do – I conceive that it is strange, and with years passing by even more strange, considering what the press became – at the same level of an artwork. I thought and still think that a magazine can be as beautiful as an artwork and be as important, for those who make it as well as those who read it, as art pieces or films…” *

Elein co-founded the magazine Purple, which she edited from the 1990s through the early 2000s, followed by The Purple Journal from 2003 to 2007. Currently living in a country town in the southwest of France, she continues her engagement with writing and photography.

For this exhibition, we are also pleased to announce “Autre Temps”, a collaboration between Elein Fleiss and COSMIC WONDER.

In recent years, Elein has turned her attention to collecting old clothes so an idea was born to have COSMIC WONDER’s Yukinori Maeda and Miyakono Yasuda reconfigure some of the pieces she found.

Sumi is made from the soot from burnt pine

The life of the tree passes into the ink

In Korea, the monk’s robe is dyed with Sumi

An attempt to bind the tree and the clothes with ink

Elein Fleiss was born in April 1968 in Boulogne-Billancourt. She now lives in Saint-Antonin-Noble-Val after leaving Paris ten years ago.

Since 1989 she has been organizing exhibitions, publishing magazines, directing some super-8 films, taking lots of photographs, writing texts…

Her photographs have been published in various magazines, in two books (One Star Press and Poetry of Sex), and have been exhibited in Japan as well as at the French Cultural Institutes of Turino and Milano, and, more recently, at the Happy Baby Gallery (Crissier, Switzerland) and at Etxe Nami (Saint-Jean-de-Luz, France).

*The collection of “Autre Temps” will be on sale from 5pm on October 16.

*These are all limited items.

Proposal: Nakako Hayashi (Editor of here and there) 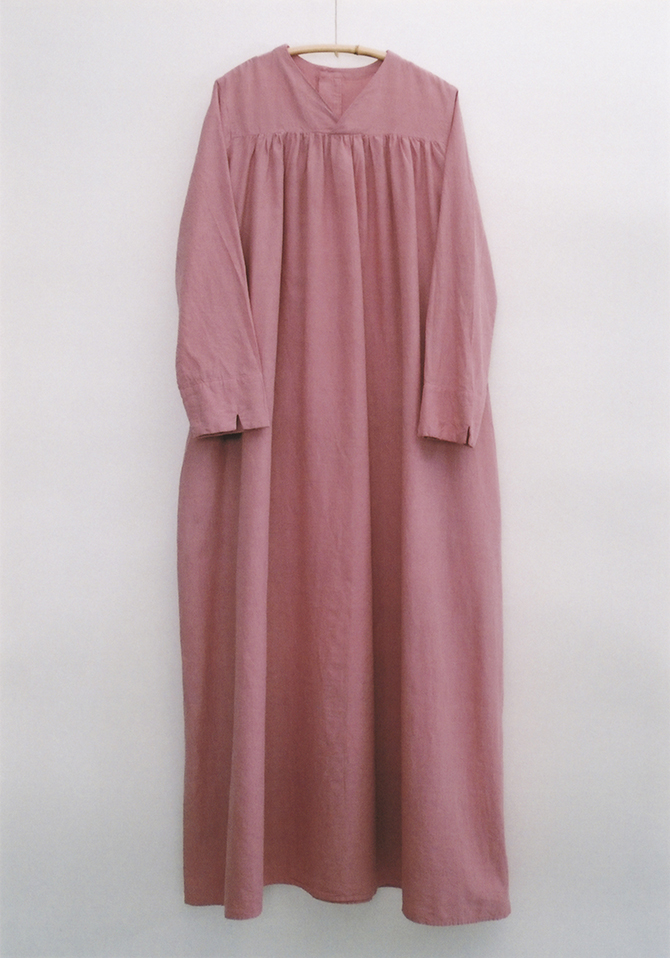 Khadi collection of Autumn and Winter.

Hand-spun and hand-woven khadi cotton spread by Gandhi in India.