Water accumulated the top of the chimney and it was damaged so i remade it.

As the shape of the chimney became smart,

The whole firing has changed considerably.

About 3 days of firing,

A fire rising on the top of the chimney and the moon in the sky were in line.

And then the wind blew and it began to a light rain.

“Is it raining in blessings?”

The feelings of the people who participated in the operation of nature and firing,

It was a moment when it became one.

We are pleased to present Naoto Ishii’s new work “Kiln and moon” at Center for COSMIC WONDER.

He reclaimed the wilderness of the mountain foot of  Kyotanba from 1992, and following year he build a his house and studio “Dokkatouyu”  “Kaigenken”.

He create unique peculiarities with beauty and intelligence that connects contemporary times from ancient times and reaches the present.

We will start selling the new work which was fired in 2018.

1980 Graduated from the Faculty of Integrated Arts, Hiroshima Univ. 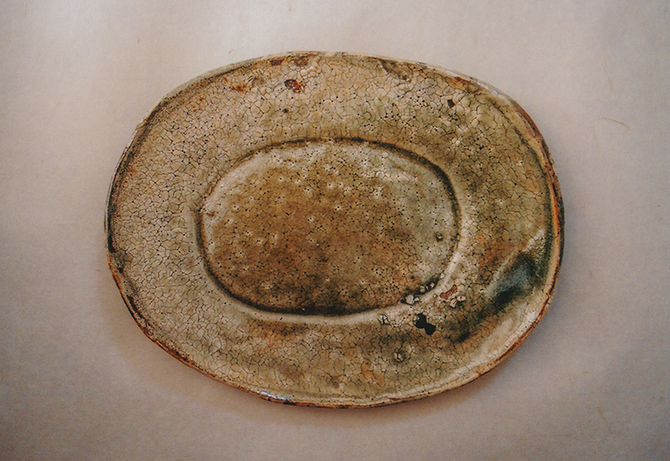