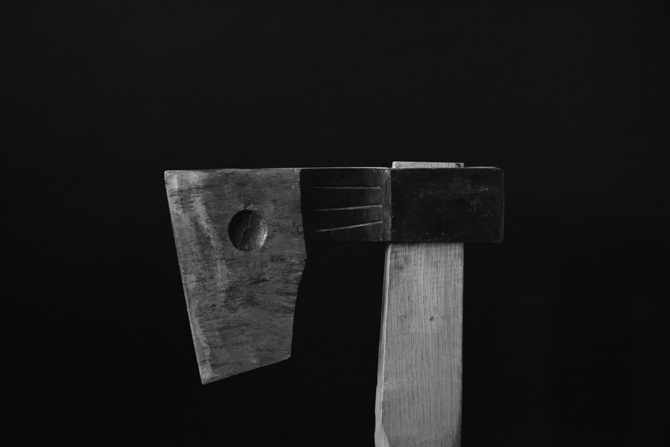 In Japan’s mountains there had once been people known as Soma.

Soma are those who make a living by entering the mountains and cutting down trees, and further transporting the timber.

Unlike our current day that has seen the progression of mechanization, such work that dealt with confronting the harshness of nature and engaging with enormous trees purely by means of human strength, wisdom, and horsepower had once been extremely dangerous.

These however, are things that are now difficult for us even to imagine.

For such work of the Soma, there is an essential tool called a ‘Yoki.’

The tool is the same as what one would generally recognize as an axe, yet the people of the Soma refer to it as a Yoki.

A Yoki always has three lines engraved on its left side, and four lines on its right side.

A tale states that the four lines on the left side portray the four ‘Ki’ (spirits) of earth, water, fire, and wind, which itself became the origin from which the word Yoki was derived.

Furthermore, it is said that the three lines on the right side represent ‘Miki,’ or in other words, ‘Omiki’ (sacred sake).

When cutting a tree down the Yoki is first placed leaning up against the tree with the Omiki side facing the bark, and the Soma engage in a ‘Kashiwade’ (clapping of one’s hands in prayer) before commencing their work.

Some feeling of inquiry had lingered within me however.

Was this really all that there is to it? It was at such a time that I had coincidentally, and somewhat abruptly come to learn of two things.

I had learnt of a snowy village in the deep mountains of Akiayamago in the Nagano prefecture, where the Soma revere the numbers of three and four.

It is said that they never enter the mountain on the third and fourth days counting from their zodiac.

Nevertheless, the Soma themselves do not know any more than the fact that this is something that had always and naturally been practiced.

I was therefore told that the opposing relationship of the yin and yang are present within both sides of the Yoki.

It was here that I sensed something of a connection.

Yin and yang are different things, yet are always together.

From its very nature as a tool the Yoki is something that divides one thing into two, yet by dividing it into yin and yang one could say that it serves to create a division while simultaneously forming a connection.

In terms of felling trees then, the Yoki perhaps means to form a connection between the side that is felled and becomes timber, and something (a memory of sorts) that lies within the tree trunk that has been cut.

Do the Soma not enter the mountains in reverence towards those numbers and in feeling a sense of divinity from them?

What if each and every tree that is distributed as timber still persists to be connected to the mountains?

What if these people known as Soma engage in their work under the pretext of such a wish?

One questions whether our treatment of trees should really remain as we see it now. 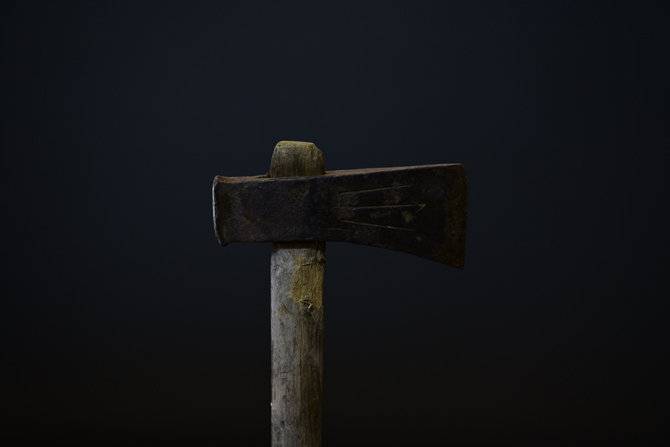