Is it Fall ?
Elein Fleiss 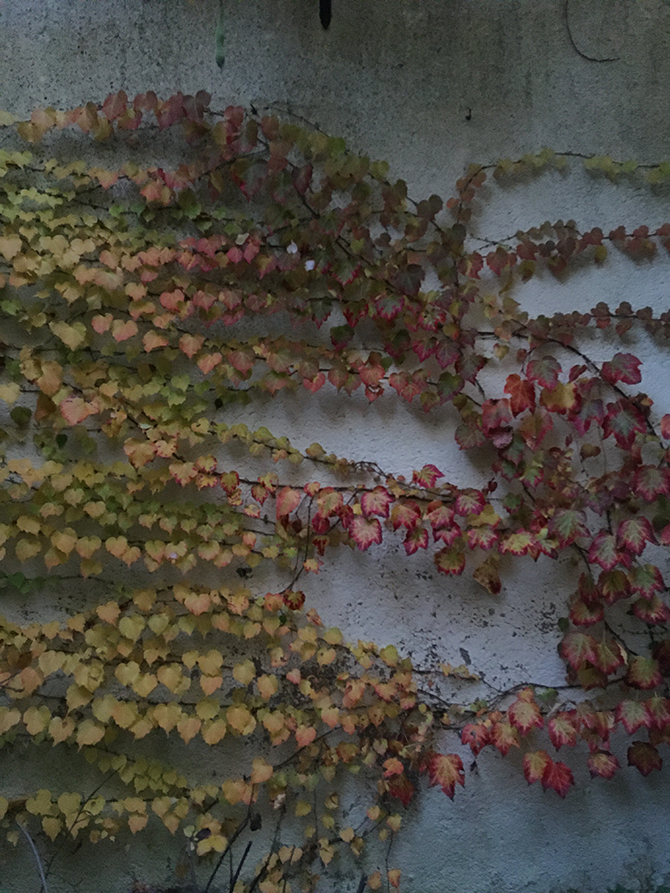 Beige and brown trees — last Summer trees became brown, some died of thirst, green slowly disappeared from the landscape. Summer looked like Fall. Sometimes clouds appeared in the sky, it became darker and darker, we thought it would finally rain, and it did, a few drops, during five minutes. Water in the rivers was low or they were completely dry. But now it is Fall, walnut trees are bright yellow and one morning the fog came back, erasing the landscape. It was on September 27th, precisely, I was driving to a city nearby and that’s when I saw the return of fog. I live at the cross of two valleys, sometimes the fog is above us, like a white blanket in the sky, the hills disappeared and the village is left alone in the whiteness.

Another sign of Fall is the presence of horse-chestnuts in the streets. Two days ago I picked some. A friend had just told me moths do not like the smell of horse-chestnuts. Moths are small butterflies which eat wool. Just after I found out, I took my bike and went to pick some, just in time as they had all fallen from the trees and were becoming dry. I didn’t find as many as I would have liked. I have a special love for wool, and a special love for clothes, so my house contains lots of wool clothes ! Next year I plan to pick hundreds of horse-chestnuts.

I also noticed beautiful collars of red five-leaved ivy hanging on stone walls, in my garden the wisteria is turning yellow, and pink Japanese anemones are blooming. But still, it is not raining, yesterday it was 27 degrees and roses are still blooming. 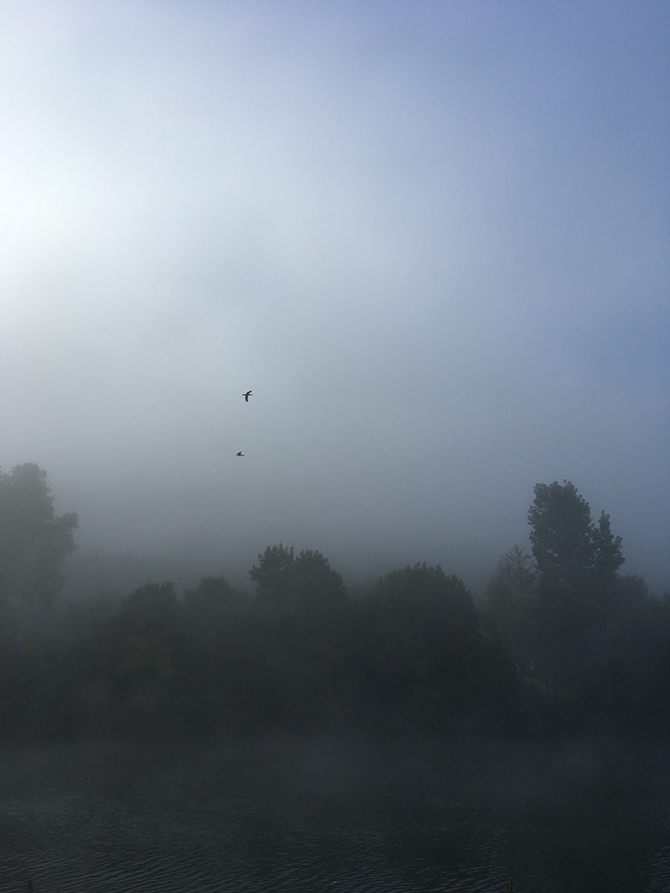