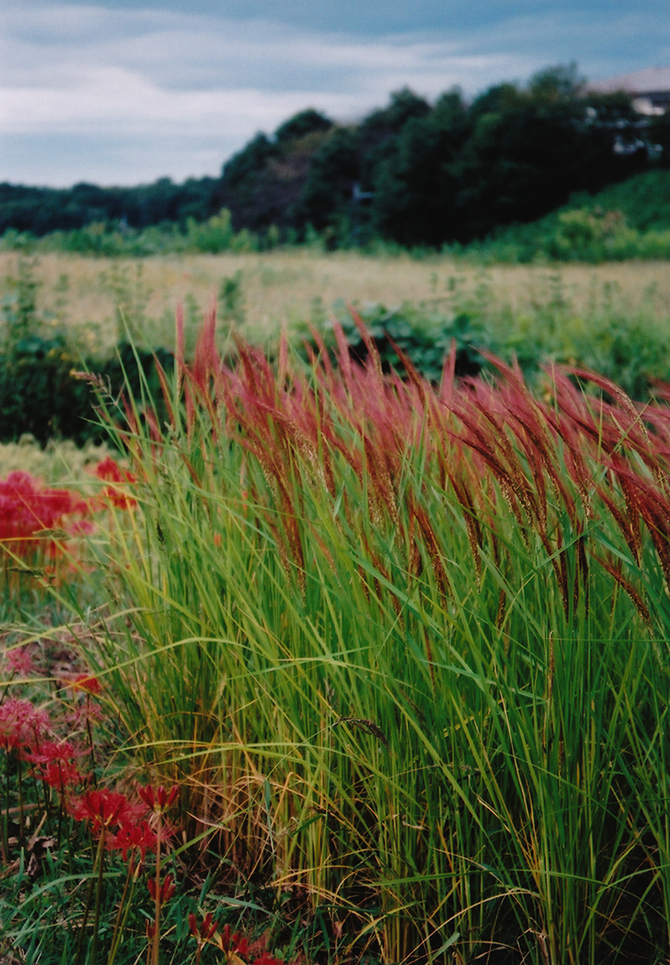 Shigeo Tanaka restored a 280-year-old house in the village of Kayamori, which lies in a valley among the mountains of Asuka, a part of Japan with ancient Baekje settlements. In the courtyard, he built a hanok-like workshop with a thick and rounded roof of straw. The workshop looks as old as the house. To be able to live and work in such an environment must be very special. There is a great waterfall deep in the mountain well away from the mountain’s paths. The waterfall runs so deep and clear that the overlapping currents have the color of jade. It is said that this is the gateway to Ryugu, the sunken palace of Ryujin. This is the same jade that washes over Tanaka’s white porcelain work. This color looks to me like the glinting of a dragon’s eye.Tanaka’s kiln is in the mountains near his house and workshop. He also has a farm that surrounds the kiln. He always sends me some delicious fruits from his farm.This time there was a concern that the kiln’s temperature might not exceed the 1,000 degrees needed to melt the glaze over the following four days. But sure enough, the pillar of fire rose through the chimney of the kiln and the next morning when Tanaka looked inside, the glaze had melted beautifully. I think that the ash work is even more exquisite as it bears the traces of so much firewood. These days splashes of pink sometimes accentuate the pottery’s white surface. Tanaka incorporates ancient shapes, marking our eternal search for the truth. The work is made with such exquisite feeling that the essence of the universe is summoned out. The chaotic interweaving of old and new sprits makes his work unrivaled. The truth behind beauty appears as love.