Indigo is the Color of the Universe 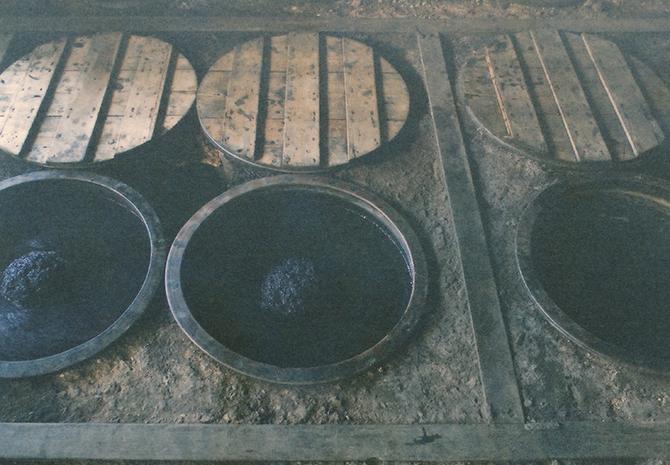 Our ancestors sought to borrow the color blue from the world of plants.

They wrapped themselves in blue as the Earth itself is wrapped in blue.

Indigo is the fabric of the universe.

Indigo dyeing has a long history. In Egypt, indigo-dyed linens were produced as early as 2000 BC. The process is believed to have been brought to Japan by an envoy to China in the time the Tang Dynasty. Japanese indigo plants include the Tade indigo (Polygonaceae), Ryukyu indigo (Acanthaceous), and the Ai-kazura (Coleoptera). Elsewhere there is the Indian indigo (Fabaceae), the wisteria indigo (Fabaceae) in West Africa, and the ward (Brassicaceae) in Europe. Indigo protects cloth, paper and skin. Its bulbs and leaves can be used as medicine. The cultivation and practice of indigo dyeing connects us to the mysteries of nature and to the wisdom and work of all the generations that have come before us. From the sacred indigo leaf the very colors of the heavens come pouring out.

We are pleased to present the exhibition “Indigo is the Color of the Universe” at the Center for COSMIC WONDER and gallery Hakuden. We will announce indigo dyeing events with Shindo Makito (North Atelier / The Little Indigo Museum), Takayuki Ishii (Awono-you), Hitoshi Kitamura / Miyuki Onishi (Konya Jin), and Keiichi Yoshikawa (Kyoto Hozu Indigo Atelier). We will also present indigo-dyed works by Yukinori Maeda and Sumiko Ishii of Kogei Punks Sha.

Since 2015, he has occupied the North Atelier of founding indigo dye artist Hiroyuki Shindo, where he works with liquid-ash fermentation, a method developed in ancient times. He aspires to make pieces that distill the beauty and mysterious charm of indigo for people to enjoy today. Hiroyuki Shindo established the Matsugasaki Atelier in Kyoto in April 1972. He founded the North Atelier, in Miyama, in April 1981, where he later opened the Little Indigo Museum in April 2005.

Indigo-dyeing began with an interest in sustainable design. Learned dying from Noriyuki Murata, liquid-ash fermentation from Fumiko Sato, Nagaita-chougata (stencil dyeing) from Matsubara Yoshichi, Ise-style carving (dyed-pattern paper) from Akio Takai, and crafts from Brian Whitehead. He built an atelier with his wife in the mountainous area of Kanagawa prefecture. Indigo cultivation, making *sukumo, liquid-ash fermentation and dyeing techniques such as stencil dyeing, squeezing, drawing, and wax dyeing. No chemicals are used throughout the process of indigo cultivation and dyeing.

Soil composition, cultivation of indigo grass, making *sukumo, and indigo dyeing. It is a wonder how the indigo color is born out of the flow of time and natural processes. It is the joy of witnessing this wondrous transformation that is at the root of our activities. *Sukumo made in Tokushima prefecture. Liquid-ash fermentation and traditional Japanese indigo dyeing learned in Tochigi prefecture.

He has been involved in indigo dyeing for more than 30 years. He revived the phantom Kyoto indigo and then moved to Kameoka city. He rented a tenement house on the banks of the Hozu River to establish the “Hozu Indigo Research Institute” and restore Kyoto Indigo. Indigo cultivation, making *sukumo, liquid-ash fermentation and dyeing. He also dyes Ryukyu indigo by powdered indigo (Doroai). 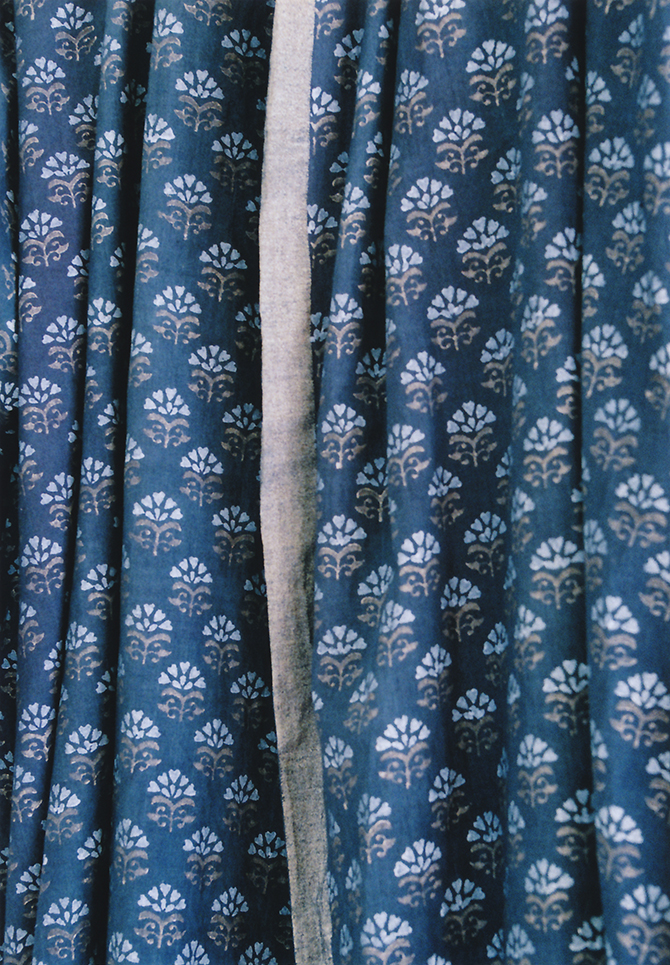 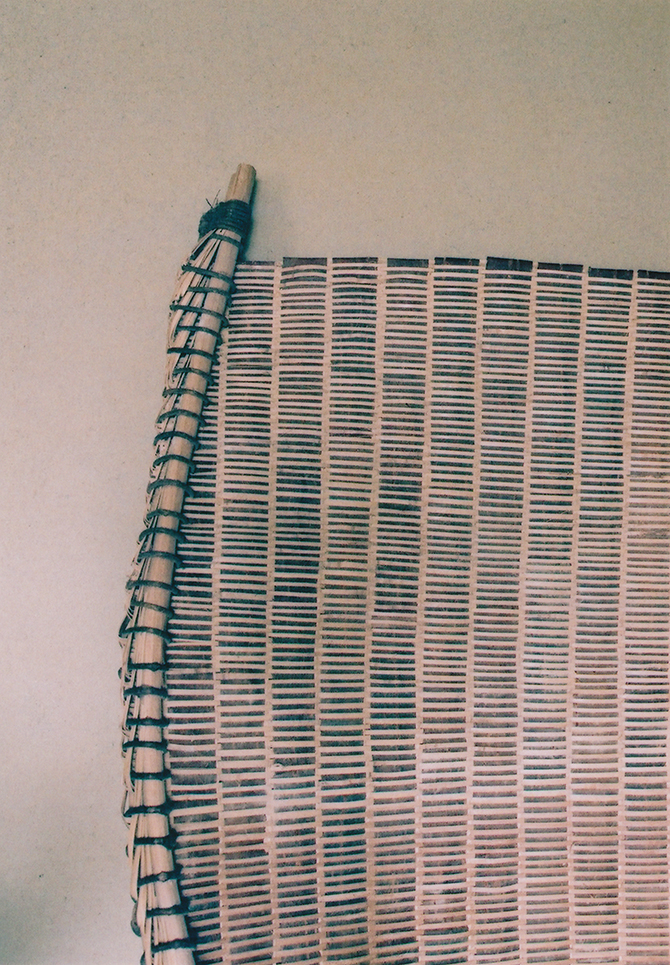 Japanese handicrafts made with natural raw materials are an embodiment of appreciation, awe and respect for nature. They reflect the traditional Japanese satoyama lifestyle that people and nature coexist sustainably. (In a satoyama, people typically forms a community (=sato) with farmlands, on the border of a forest (=yama). A forest is a resource for their living, being managed sustainably by sato residents.) In such satoyama living, the art of livingware handcrafting has been passed along from generation to generation, producing practical and useful objects. They provide insights into a lifestyle in harmony with nature.

For this exhibition, Naoyoshi Maeda (Cosmic Wonder, Light & Will) sourced handcrafted baskets by visiting local craftspeople in various places from Akita to Okinawa.

Each of their work is unique and representative of the regions where they are crafted. Their rustic beauty attracts us.

Center for COSMIC WONDER Online Store also will be sold handcrafted baskets exhibited at the exhibition.

We has been cancelled Mr Shinichi Nakagawara’s demonstration of traditional Akebi vine basketwork at the opening of the exhibition. 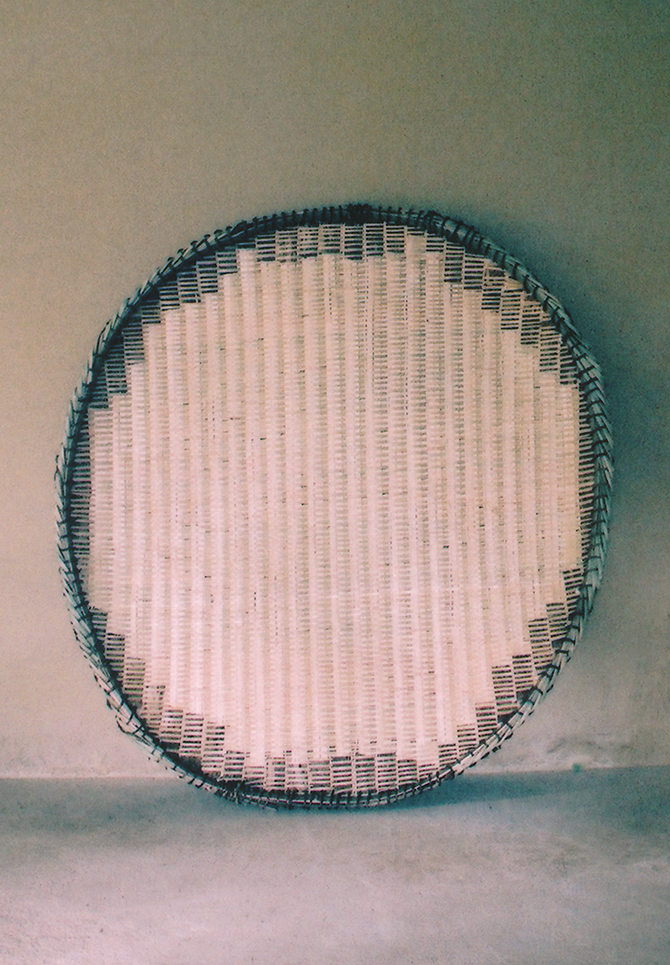 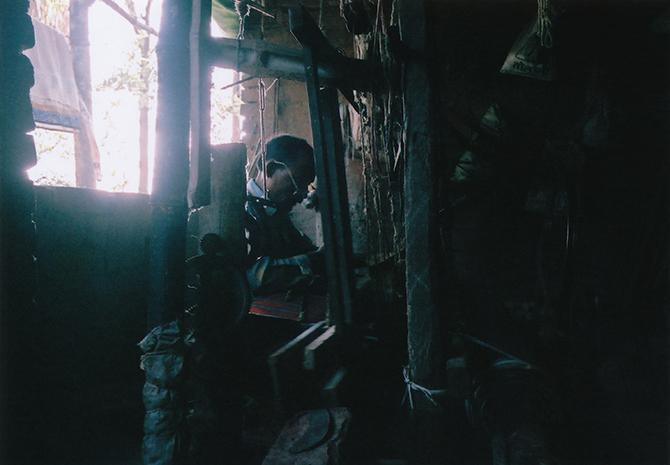 We are pleased to present exhibition “TENJIKU DIARY” at the Center for COSMIC WONDER. Yukinori Maeda traveled to Kolkata, India, the days in the village of Khadi became the Spring Summer collection “TENJIKU LIGHT”. It is a collection that imagines a beautiful living space. The essence of this collection, Khadi is hand-spun and hand-woven cotton fabric that was once woven in most rural area of India. In recent years, there is movement to connect this beautiful cloth to future generations as a special craft of India. Khadi is very comfortable to wear and airy for the hot summer. And Khadi is printed on traditional woodblock printing.

Center for COSMIC WONDER will be available from June 20, Online Store from June 30. At the same time, this exhibition will be held  from June 20th at STARDUST in Kyoto. We will sell Khadi’s Bath towel, Hand towel and Eco friendly bag as a limited items.

We will be pleased to present exhibition “Japanese handcrafted Baskets Part Ⅴ” too.

Beautiful clothes and crafts will become the brilliance of life, and create a space of light. 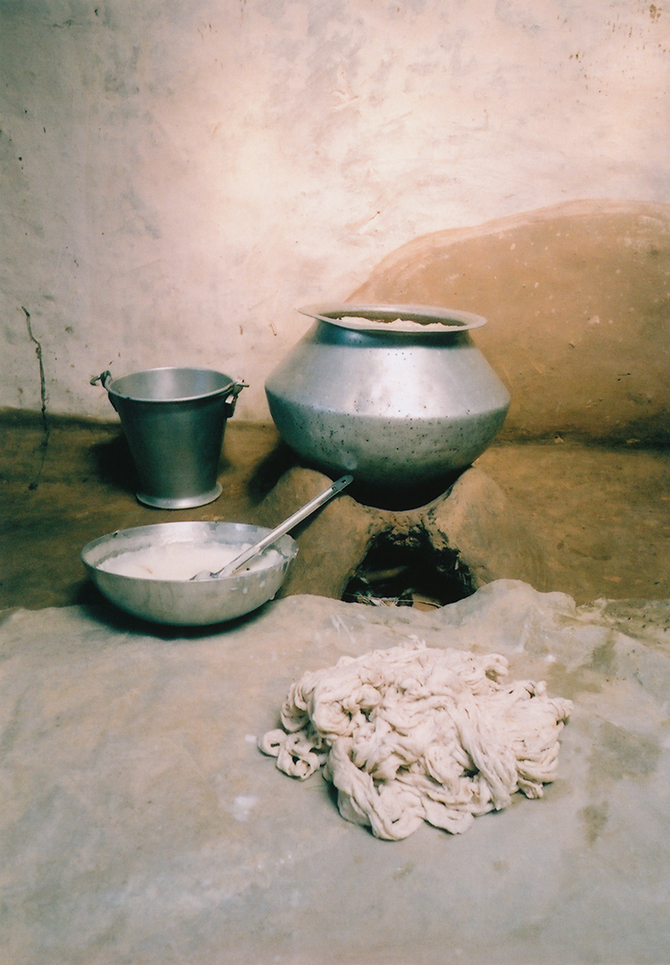 “Khadi is not a cloth. It is thought” Mohandas Karamchand Gandhi

Photography and Fashion Since the 1990s
TOKYO PHOTOGRAPHIC ART MUSEUM 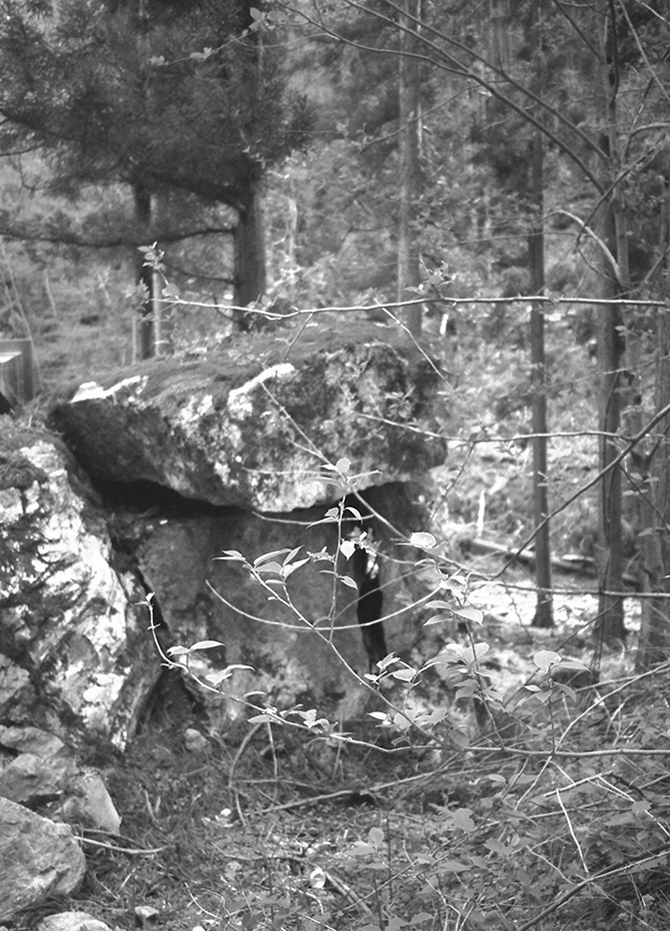 The exhibition “Photography and Fashion Since the 1990s” will join Yukinori Maeda at The Tokyo Photographic Art Museum.

He will present new works’s  collaboration with Elein Fleiss. The outline of the exhibition is as follows. (Expect from The Tokyo Photographic Art Museum)

The Tokyo Photographic Art Museum is delighted to present Photography and Fashion Since the 1990s, an exhibition exploring the relationship between photography and fashion from the 1990s onward.  As the world of fashion has evolved, photography has played a pivotal part in conveying the appeal of garments by fashion designers. At times, images created by photography have appealed more than the garments themselves, and such iconic imagery has symbolized the age. The 1990s saw the emergence of photographers who went beyond the conventional framework for communicating the appeal of fashion items to create images that appeal to people. Moreover, fashion magazines appeared that took an independent stance in transmitting information. Images created from new points of view influenced people’s thinking and lifestyles. Those images have been referred to repeatedly by subsequent generations. Since the first decade of the twenty-first century, the relationship between photography and fashion has undergone even more changes. In the past, news about the latest fashion shows and exhibitions was transmitted through a limited group of intermediaries: newspaper and magazine editors and writers, for example. In recent years, however, that information has reached the hands of the general public, without a time lag, via SNS platforms such as Twitter and Instagram. Moreover, the people on the receiving end of this information are not merely taking it in: they send out their own information, in many forms, of which the tagged selfie is a classic example. For this exhibition, we have welcomed as its supervisor Nakako Hayashi, who has observed the worlds of fashion and the arts as a long-term editor of the culture magazine Hanatsubaki. Through works by artists in Japan and abroad, the exhibition attempts to explore the relationship between photography and fashion. It displays, in addition to photographs, rare fashion magazines that became major turning points in their time and is accompanied by related events, for an engaging look at photography and fashion from many angles.