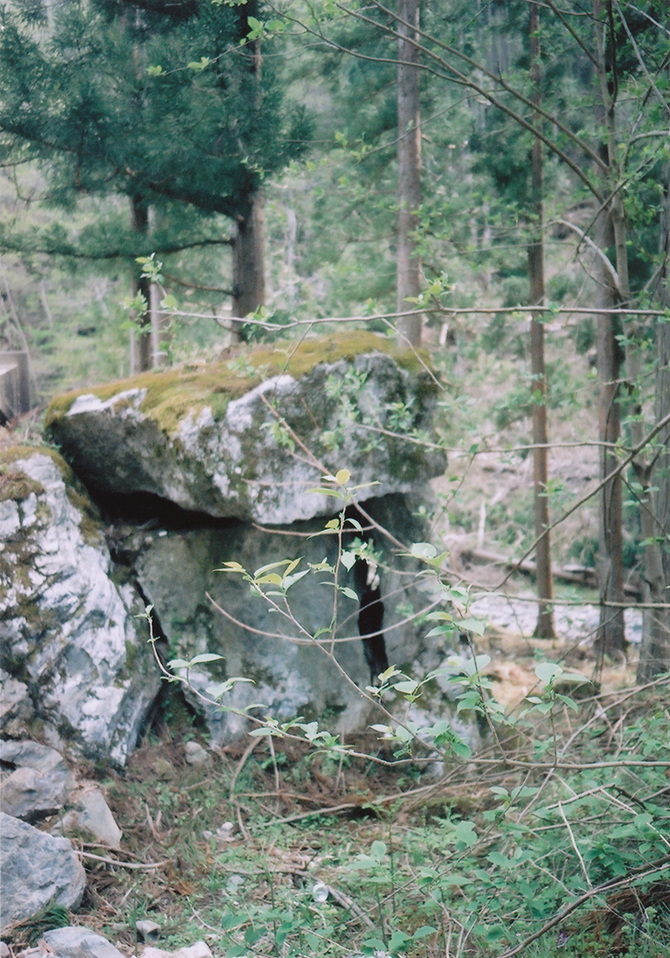 I moved into a traditional thatched house that I call “Ryugu”. It is in a sato-yama, or a rural farming village, in a mountain valley north of Kyoto. The motivation to move here came from a series of events – the terrorist attacks in the United States, the Great East Japan Earthquake, as well as the Fukushima nuclear disaster. These events disturbed me deeply. Ever since, I have been interested in living a more natural life, exploring natural farming methods and the handiwork and crafts of the sato-yama, some of which have been nearly forgotten.

I was born and raised in Osaka city. I moved back and forth between Osaka and Kyoto since I was a student but in my heart I always wanted to live in a sato-yama. This new life has been more work than I expected and I’m busy every day. I remember being a child and dreaming of great swarms of fireflies flying over rice fields at night. Or dreaming of other children, wearing indigo-dyed yukata in various patterns, running through the fields on a summer night.

In a previous life, during the Edo period, I was born as a woman in Sabae village in Fukui, which is not far from Miyama. Although the village was poor, it seems that I was able to remain in the village because I was the youngest and did not go into service. (The Edo period is a rich era like the Jomon period, so I think this previous life was at the end of the Edo period.) While I worked as a farmer, I became a very beautiful and stylish woman. After my first husband died young in a horse accident, I was seduced by a man who made crafts. But then my sister died and I wound up marrying her husband. Though I died soon after, it seems like this might have been one of my most enjoyable lives. My friend, Junji Yamamoto, who was my sister in a previous life and who is currently running a restaurant called “Uontana”, informed me of this.

The other day, I set out to investigate a place called “Hiraki-Iwa” near the village along with my friend Makito Shindo. He had moved back from Kyoto to his parents’ house and took over the indigo dying works next door. Hiraki-Iwa is a temple-like ruin composed of giant white stones. I don’t know if it was built in the Jomon period or later. In any case, it may not have been studied in detail. The large megaliths are laid exactly east to west. The slits that remain in some places suggest that it may have been an ancient astronomical observatory. I wonder if one can still use it to track the movements of the sun and moon, or the position of the Arctic star during the summer and winter solstice? The whiteness of the stone is beautiful. The ancient people who created this site must have been attracted to its luminous surface.

Several villages in this area are collectively referred to as Chii Village, which is derived from from Mt.Chii on the Korean peninsula. The Baekje of the Korean peninsula are said to have originally founded the village. Legends concerning dragon palaces can be found along the 35th parallel north, which passed through Baekje. People from Fukui would likely have entered the continent along this route though I don’t know what kind of interactions the Jomon people would have had with the people on the continent.

I have one piece of Baekje pottery which I cherish. It sits in an alcove at Ryugu. All matter feels like one connected picture, but when parts are obscured, I can’t see it in its entirety. Yet small matters are also important to me. Sometimes it is a series of accidents or, conversely, an inevitable process, that leads to a clear image, or the sense of a clear image. I am here, caught in this current between the stars. And I want to see some interesting and beautiful pictures. 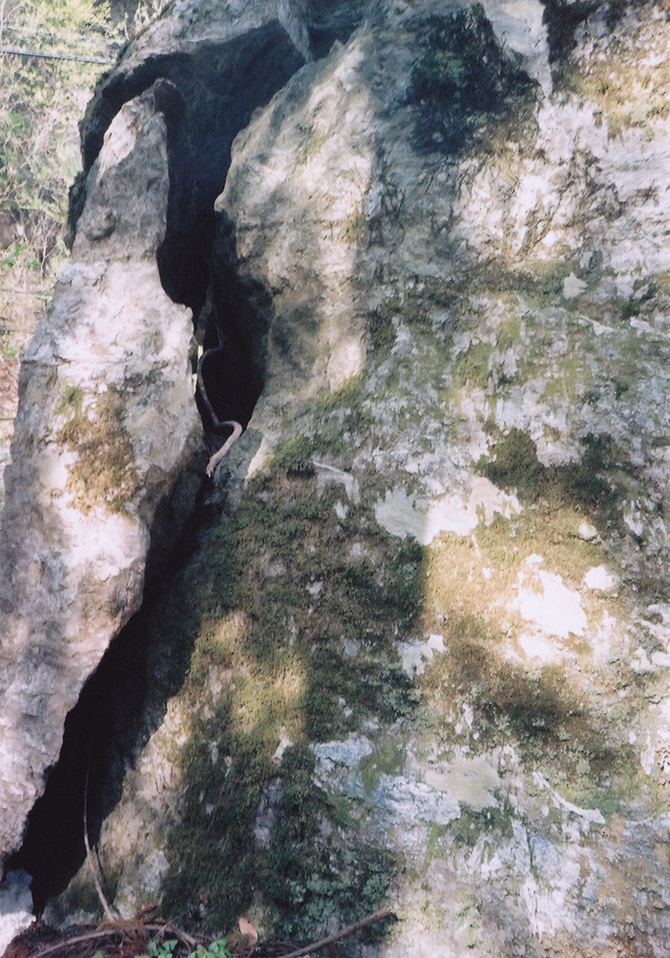