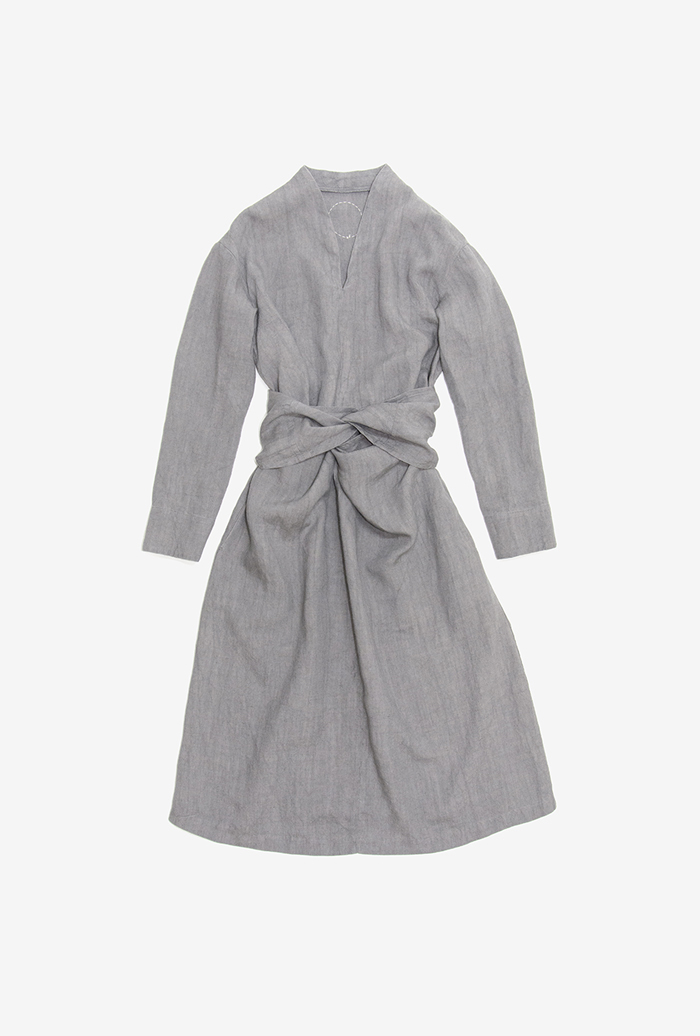 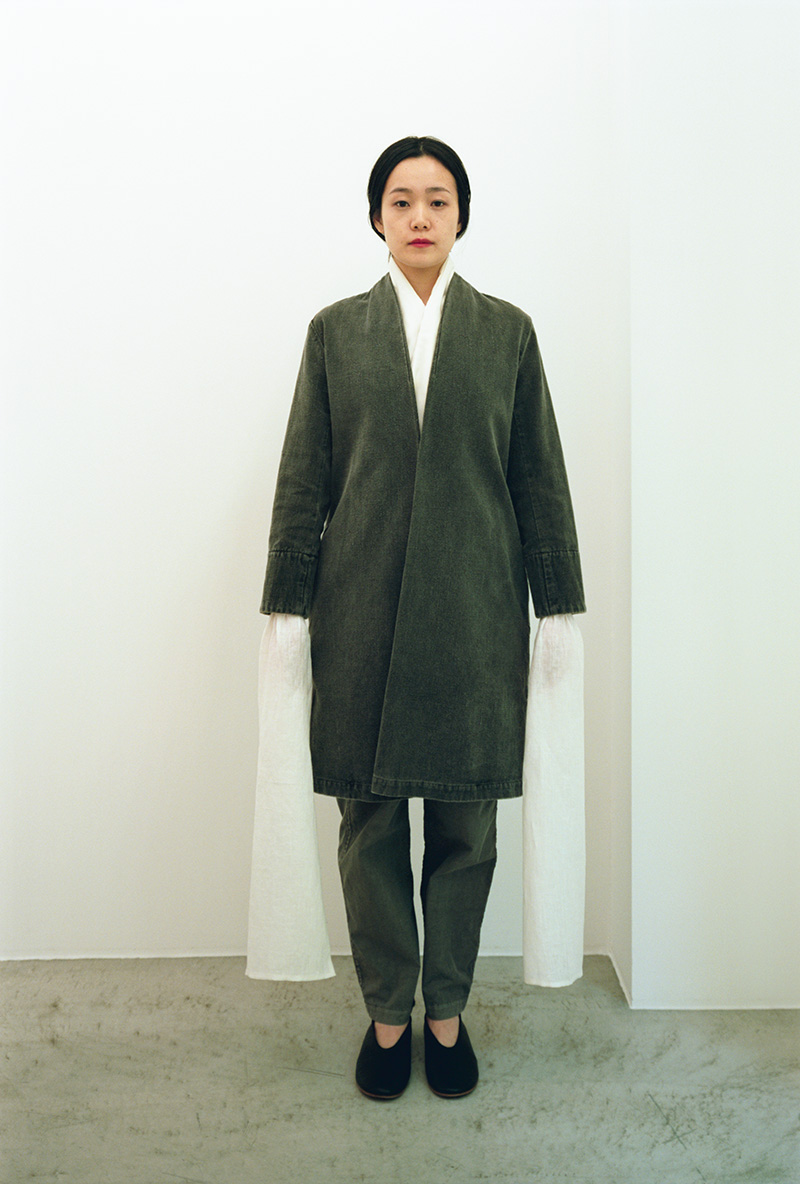 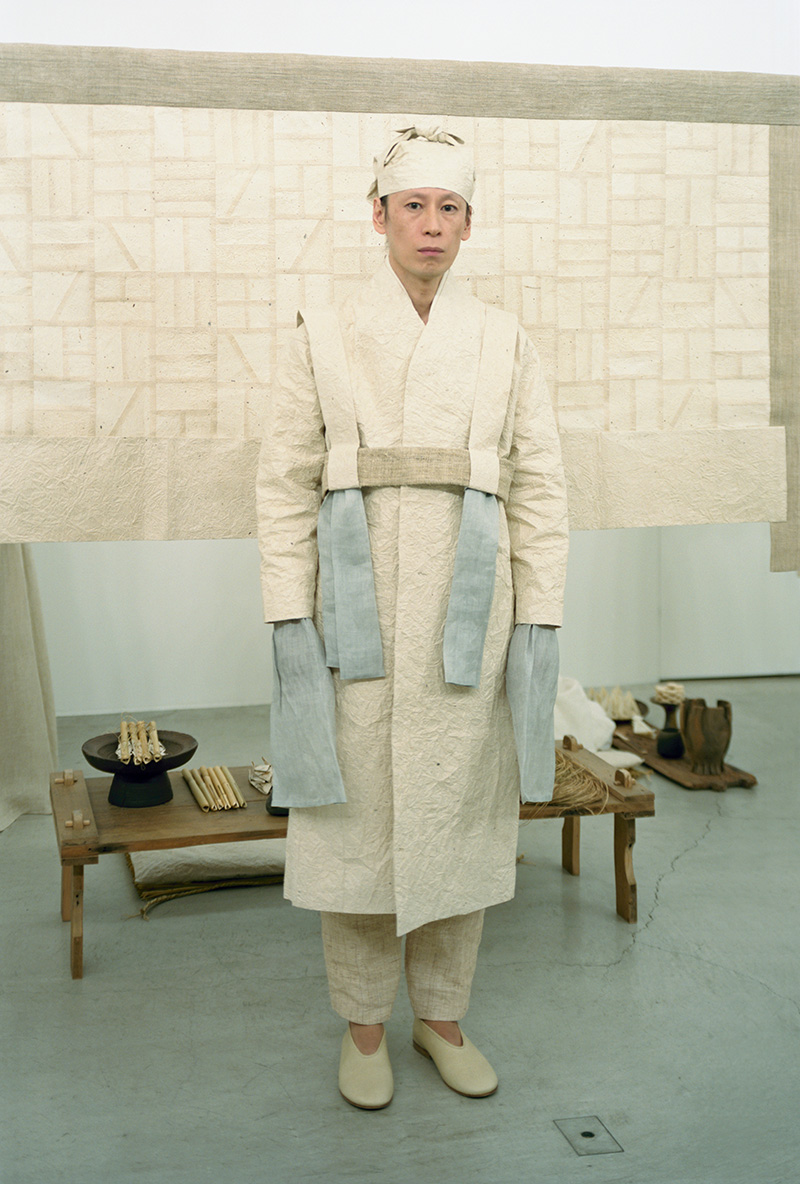 Beautiful palace that lies beyond the sea’s horizon

The Urashima child sailed on a small boat into the waves

Lured to the heavenly palace of the dragon

He made a promise with the princess Otohime

And engaged in meditation to become a god

A piece of cloth that returns me to myself

We were pleasure to hold the 20th anniversary performance “Ryugu koromo Genshi-no-Nuno” at Center for COSMIC WONDER on March 19, 2017. 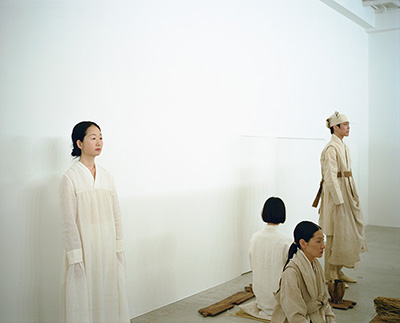 The silent furnace of the unknown gives birth to a new light.
Vol.2

Works in which hanger, drawer, necklace, dress, T-shirt or jacket are stuck together and completed. We make one by sticking easily the things that must not stick. Due to that, we create anew worth.*

A Shadow Necessary for Windows 2002

This is one of sight in my mind. Or it may be a common sight all of us have somewhere in our mind. It seems we have a time equivocal. People repeat that day after day. Where will we stop in the end? Or is there no end?

Curtain dress and dress to pause for it.*

What invisible view should be ~ from some pictures 2003

We reappear parts that can be seen in the picture, and remove what cannot be. The performance like that cut out from pictures floats in the space, and it comes into new existence and meanings that are different from that essentially recorded in the pictures.*

N.H: These works were produced during a time when you had engaged in a succession of artistic installations.

In “ to sleep,” various clothing were integrated with interior furnishings for example, a drawer and a dress, and a necklace and a coat hanger. In “A Shadow necessary for windows,” clothing and curtains are attached to each other, with fringes being arranged throughout. I am very fond of the installations you had presented during this period. The grey single-tone look had a very Cosmic Wonder feel, and I also liked how the fringe design had embodied a romantic element almost like a girl’s comic.

In “What invisible view should be,” the collection piece is a reproduction of the parts of the clothing that are visible in found photographs. What is in the shadows or outside of the image frame is deemed to not exist, and therefore the clothes consist solely of a particular part.

“A Shadow Necessary for Windows” had also caught me by surprise, but it also harbored unexpectedness in the fact that they were made of jersey material and cotton, and therefore could be worn more comfortably than one would have imagined. This collection however, had in a sense surpassed the level of surprised I had felt back then. They are clothes that cannot be worn on their own.

Y.M: There was a sense of interest in using things that are unpractical and had somehow been conceived as tools for a performance, within the context of the everyday.

N.H: This collection that seemingly presents us with a question, in my opinion, very much fits the nature of Cosmic Wonder. Was there anything that you had been intentionally conscious of in terms of the choice of images and composition?

Y.M: Instead of devising the clothes one by one individually, I had thought to create it in a way in which they would cohesively present a single impression.

N.H: It was also memorable that a poster had served as the collection’s invitation card, with the found photographs all printed on a single piece of paper. 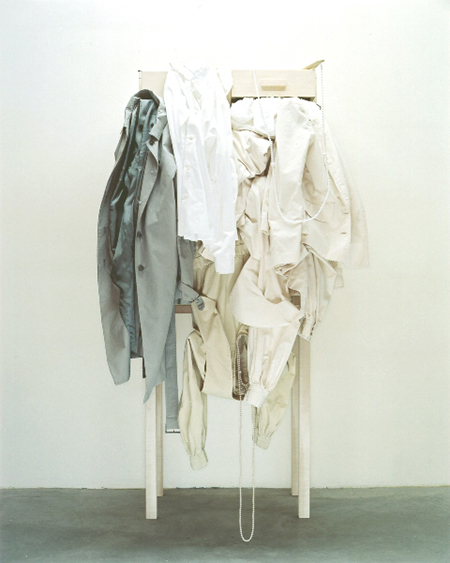 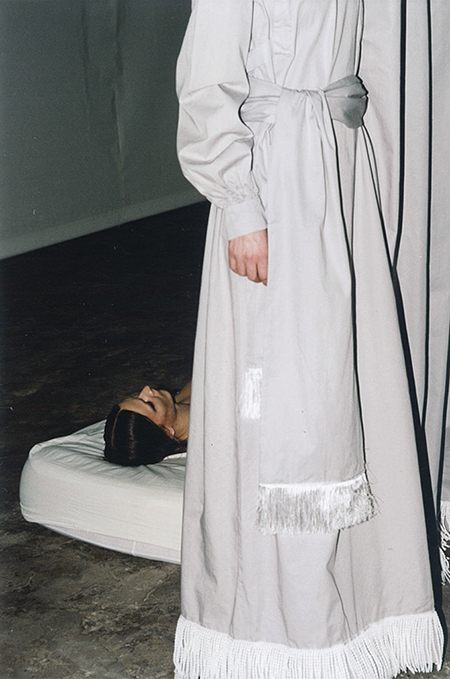 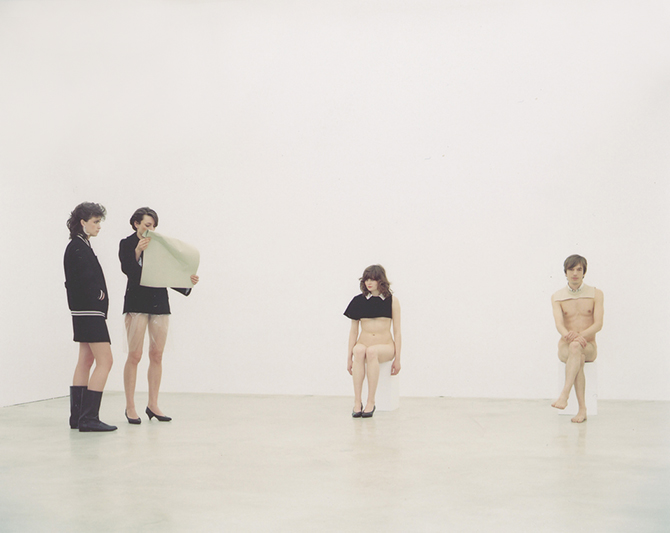 What invisible view should be ~ from some pictures 2003
Show at Cosmic gallery, Paris