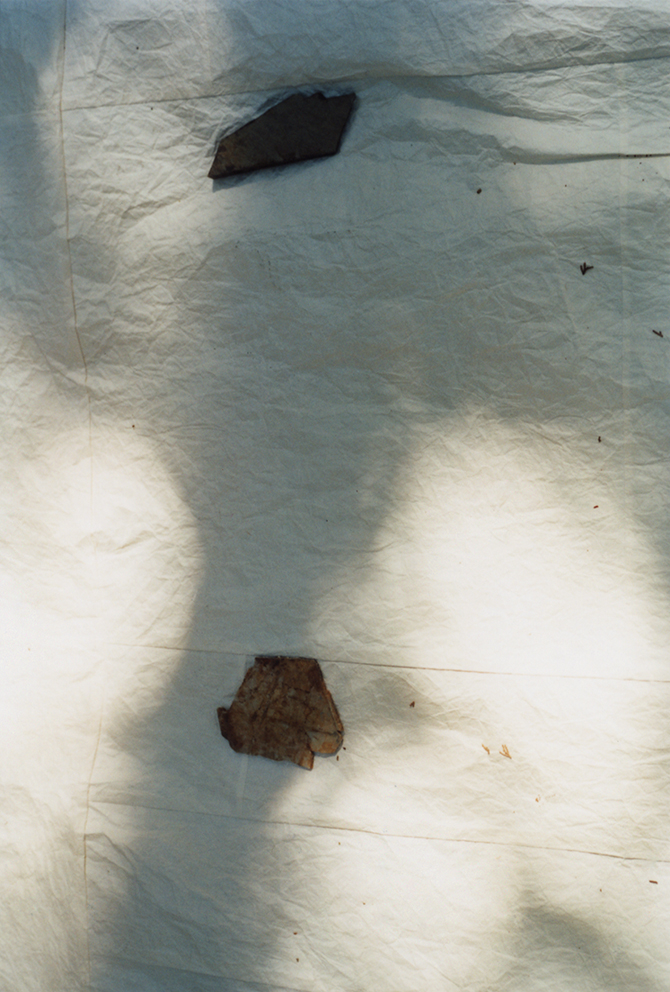 Under an April sky, the water ceremony Kamino-hikarino-awa was performed by Cosmic Wonder with Kogei Punks Sha.

Visitors were invited to drink the spring water welling up from the foot of the mountain.

Deep inside a forest of Japanese cedar, the story of a natural journey was told in words and quiet gestures.

Our thoughts were calmed by the rustling sounds of paper.

Mountaintops shimmered in bowls of water and wild sakura petals drifted down through the air.

Under the auspices of gallery Hakuden

An art book “Kamino-hikarino-awa Water Ceremony ” is being published on the occasion of the exhibition. This book includes Yurie Nagashima’s photographs, Nobuhiro Shimura’s film stills and a letterpress drawing by Kogei Punks Sha. A limited edition of 250 copies by Center for COSMIC WONDER | gallery Hakuden.

A Document of Memories 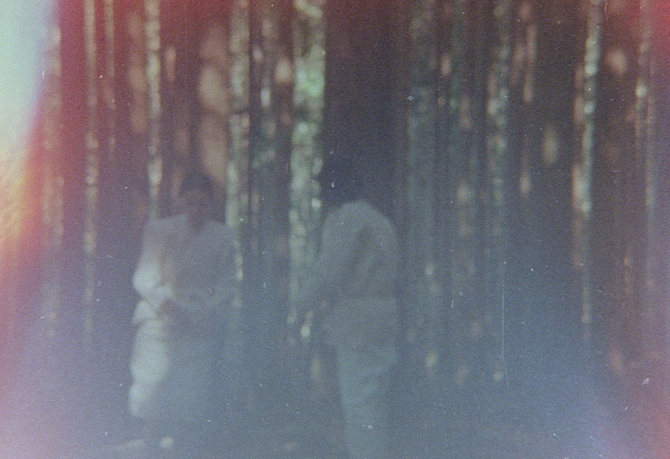 On that particular day when Yukinori Maeda had informed me about the ceremony, it had never occurred to me that I would be able to visit. There are no trains or buses leading to that place embedded deep in the mountains of Kyotanba. I was in Kyoto at the time on Monday, March 30th, when I was told that ‘Kamino-hikarino-awa Water Ceremony,’ was to take place in that setting as a creative gathering by Cosmic Wonder and ‘Kogei Punks Sha’ –an artistic unit by Yukinori Maeda and Sumiko Ishii whom presides over gallery Hakuden, a sanctuary of sorts for ceramics and handcraft. I had heard of this news whilst having lunch in an earthen wall room surrounded by bamboo trees, within a restaurant that served dishes reminiscent of Korean cuisine. Despite nestled in the heart of downtown Kyoto, Maeda had mentioned to me that he “felt at peace” whenever he dined there. At the time of our conversation I had gained the impression that aspects such as the specificities of the ceremony, details regarding the schedule, and measures of how to perform the ritual of the water ceremony, had only been decided upon vaguely. It was precisely four weeks later from that day, on April 27th, that Yukinori Maeda, Yuki Kato, a culinary artisan of vegan and native herbal cuisine in Kyoto, and myself, had returned to lunch at this restaurant. However on this occasion we were not alone and were in the company of Miyako Yasuda, an individual whom founded Cosmic Wonder with Maeda and currently lives in the Miyazaki prefecture, Yurie Nagashima whom had been invited from Tokyo to photograph the Water Ceremony held on the 26th, myself, and Hikotaro Kanehira whom likewise had visited from Tokyo to participate in this event, and Mitsuhiro Okada who had joined us from Kyoto. Nobuhiro Shimura whom had documented the Water Ceremony on film had already returned to attend to some work in the Yamaguchi Prefecture where he currently basis his practice, and thus had been absent from our gathering.

Each of us had spoken about the extraordinary event that had taken place the day before, as well as the various people we had encountered there. gallery Hakuden, a small exhibition space and store run by Sumiko Ishii whose husband works as a potter, was surrounded by fresh green nature, imbued with the scent of early spring. The gallery and the couple’s living space, the open space that surrounded husband Naoto Ishii’s kiln as well as the cedar forest in the mountains behind it, had all become a stage. People dressed in garments made of white paper had suddenly appeared on that particular day, and as if partaking in a childlike play, had realized a performance concerning paper, the gods, water, earth, and light, that memorably depicted the presences of beautiful elements that we engage with in our daily lives. The handmade sweets and handcrafted Japanese paper were both concerned with matter derived from the earth, and were intimately related to nature. When we were invited into the depths of the mountains and sat on a white sheet of paper to experience the dazzling course of events of the “Water Ceremony” that unraveled before our eyes, each and everyone of us had realized that these elements were not only handcrafted through the bare and honest efforts of human hands, but at the same time had existed on the very zenith of a new form of creation.

I had participated in the “Water Ceremony” in hopes to write a short text to contribute to Elein’s Les Chroniques Purple, however I was soon assured that what I had experienced was not something that I could simply describe within the confines of a few paragraphs. In contemplating on how best to convey my thoughts, I had walked the streets of Kyoto on my own before the luncheon the following day. On my stroll I observed that the city was crowded with an array of two-story Machiya (traditional town houses) that had been modernly converted into Fashion boutiques –a sight particularly distinctive to Kyoto. Small retail stores aligned the streets, presenting their respective arrangements of driftwood and Mingei (folk craft) goods in entrances and windows in an appeal to portray a harmonious relationship with nature. Amidst this fleeting moment of time before the stores opened, I imagined the vibrant bustle of the downtown district, which would soon be full of people. At the same time, my thoughts had drifted to recall the landscape of the Miyama region where Maeda anticipates of relocating to half a year later, as a place that fulfills his ideals. After the “Water Ceremony,” we drove for an hour before sunset to visit the village of Miyama that was to be the setting for Maeda’s next evolutionary step.

From one range of mountains in Kyoto to another, we drove through the lush green scenery to arrive in a village surrounded by mountains. A small cluster of thatched-roof houses were scattered throughout the village, and one could also see the flow of a clear and bubbling stream. The sun was beginning to set. The village seemingly appeared to preserve Japan’s old and traditional style of living, and it was here, in this very place, that I had contemplated Cosmic Wonder’s future way of life and production in the context of the 21st century and their courageous decision to take this step, as well as capture a glimpse of the “Punk” spirit of “Kogei Punks Sha,” that through its name illustrated an endeavor for unsurpassable beauty.

I do not think that Cosmic Wonder’s radical profundity has ever really been understood simply as it is. Not now, or ever before. The world that they pursue is one that requires hard work from both a physical and psychological perspective, and as such I know that various talented individuals whom wish to become residents of this world are present within Yukinori Maeda’s surroundings as if all belonging to a single family. I myself have been a resident of this world for over 10 years, and thus I understand most of what it entails. I appear not to comprehend, yet at the same time I understand. One thing that is certain, is that 15 years ago both them and myself had been looking to the outside of the country. Now, our eyes are shifted to look towards Japan and its origins. What leads us there above all, is the pursuit for beauty within our everyday lives. It is simply a matter of honestly following what awaits us at the cusp of our endeavor. It is the sensation of living in the current, as residents of the 21st century.

The original text was published on Les Chroniques Purple on June 3, 2015. 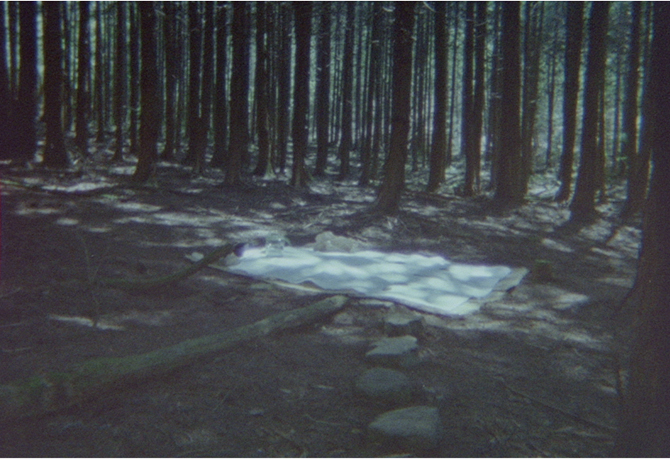 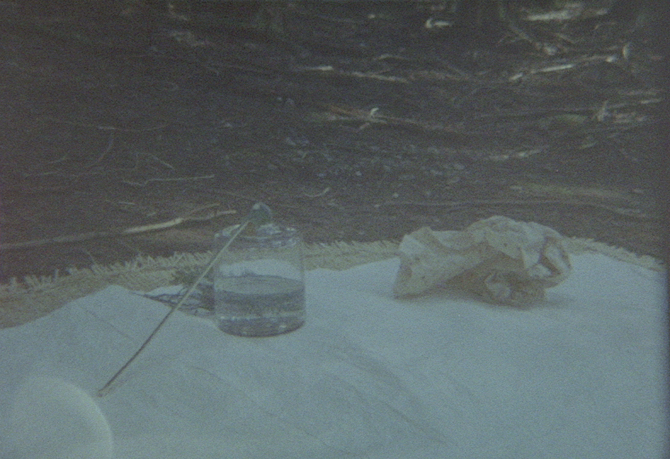 COSMIC WONDER with Kogei Punks Sha / The Kamino-hikarino-awa Water Ceremony was performed on the 26th of April, 2015 as part of the exhibition “MIERU Kami“. 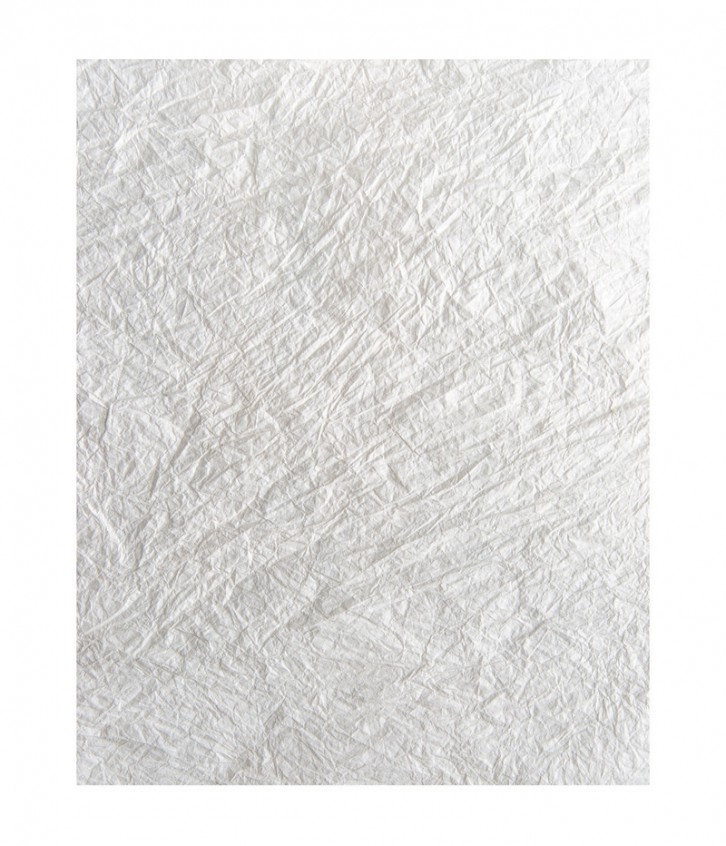 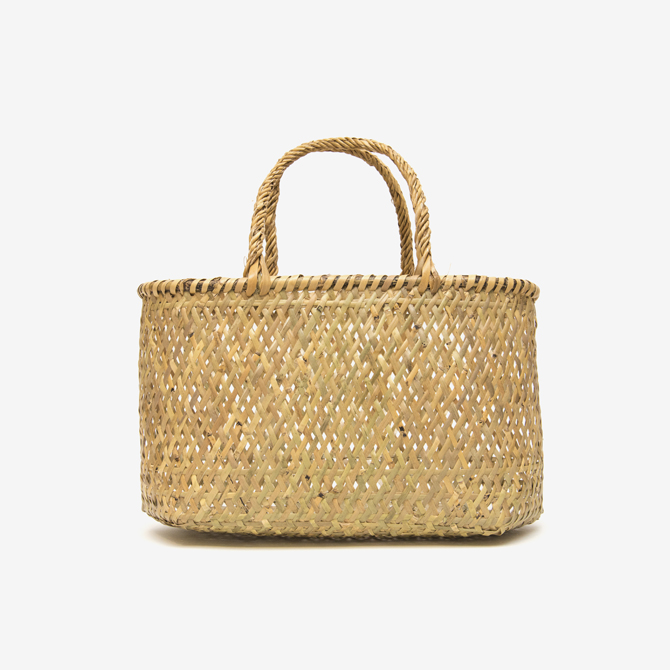 Takezaiku woven of nemagari-bamboo native to Togakushi in Nagano prefecture, Japan.
Made entirely by hand by a skilled artisan, beginning with the gathering of bamboos in Mt. Togakushi.