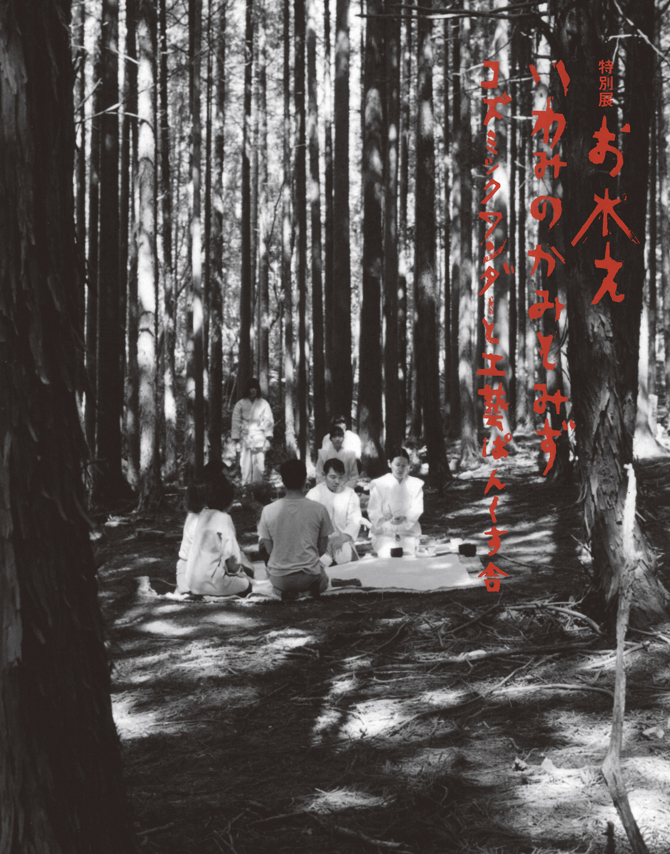 The connection between universe and man has mirrored one another since their primary origins.
Gently scooping out the impressions that spring forth from Iwami and the San’indo extending beside it, lying close to their original stature, reflecting them between the boulders of the ocean as if unraveling legends of ancient times.

Building a small Omizuedo (setting for the Omizue ceremony) within a cove of Iwami’s Kohama coast, ceremoniously making ‘water’ in the sea of the tutelary deity.
A water bottle and water bowl made from Iwami’s soil, a Tamano-hako (box) crafted using the wood and obsidian of the Oki Islands, various tools of the Omizue formed from the nature bestowed from the mountain, ocean, and river.
Kamikoromo are worn, made from washi paper crafted by the traditional skills of a papermaker from the Sekishu region.
Adhering to the land of Iwami that resonates with the echoes of voices from long past, that which exists within the universe is connected as a whole, with an eternal ‘now’ at its core.
COSMIC WONDER with Kogei Punks Sha’s “Omizue” –a view of the universe that gazes upon the primitive and the ancient, the path followed by Kami as nature’s incarnation, and that of man.
* “Omizue” –A ceremony for drinking spring water

This special exhibition is held in correspondence to a workshop that contemplates themes of the ‘use of local resources’ and ‘the relationship between regions and fashion’ through appropriating Sekishu-Washi, a type of Japanese handcrafted paper that has been traditionally inherited within the Western Shimane Prefecture. “Kogei Punks Sha” is an artistic unit comprising of contemporary artist and founder of COSMIC WONDER, Yukinori Maeda, and Kogei (loosely translates to “artisan crafts”) designer, Sumiko Ishii. On this occasion, Kogei Punks Sha will present works created and inspired by the natural features and materials of Iwami and Shimane, in addition to introducing aspects of their “Omizue” performance that engages with such elements, in the form of an installation. COSMIC WONDER’s new garments created with Sekishu-Washi will simultaneously be on exhibit.