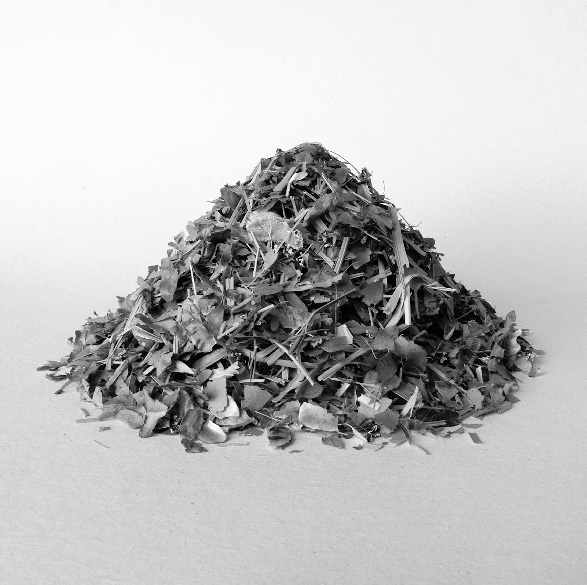 To feel kami is to see kami. Kami emerges naturally through our activities in life.

We see in its pure expression the beginnings of creation.

From beginning to end, kami is born in freedom.

With the pulse that reverberates in the heart, the flickering symbol of beginnings

and ends leaps into us so that we recall this freedom.

We take delight in these entrances and exits that give us a sense of how, by pure instinct, we struggle to return to our origin.

Kami, nature's incarnation, reveals its many truths as a mirror. 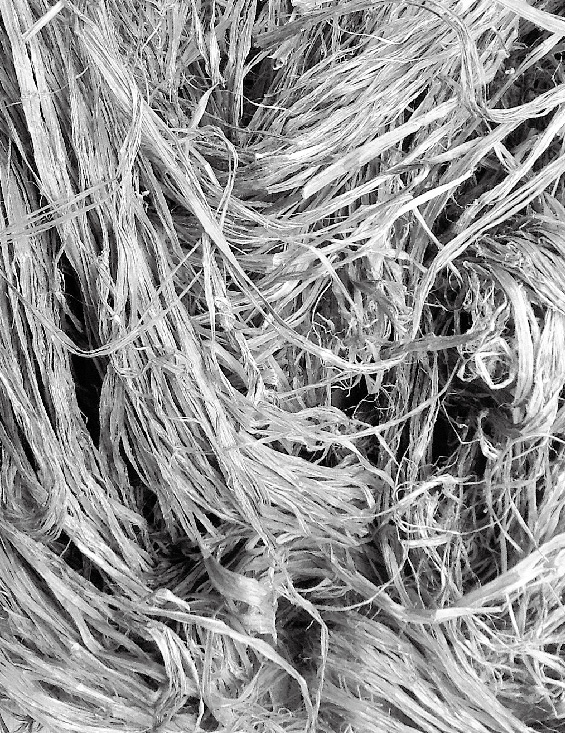 Wild hemp from a naturally cultivated field in the village of Chizu, Tottori Prefecture.

Paper can be traced back to the papyrus of ancient Egypt. An early form of paper also came into use in China during the Han dynasty, circa 200 BC. Hemp and choma (ramie) were the raw materials for paper making at that time.
It is believed that these methods of producing paper were introduced to Japan by Doncho, a monk from Goguryeo, but there are also accounts of these methods developing independently in Japan. Paper making in Japan emerged in the eighth century in places like Mimasaka, Izumo, Mino and Echizen. Kozo and gampi were the most commonly used fibers for washi while hemp and choma were used for mashi which was more time-consuming. A shrub called mitsumata also became widely used during the Edo-period.
Today, kozo, mitsumata and gampi are the principal raw materials for washi. Kozo is prized for its long, tough fibers. Kozo is cut at the root and steamed in a barrel over a fire in order to separate the bark. The bundles of fibers are placed in a cold stream for one to three days. The branches are boiled and stripped of their outer bark and then dried. The fibers are then boiled, placed in running water, and naturally bleached. The rinsed fibers are placed in a strainer floating in water for further cleaning and then laid on a board and beaten. Once they have dried overnight and have been softened by stamping or hand-rubbing, they are ready to be made into washi.

Kamikoromo are paper robes made of handmade washi paper.
Paper has long been celebrated in Japanese life for the important role it plays in many rituals, ceremonies, and countless everyday activities. In ancient times, Buddhist priests pasted together paper scraps to make kimonos. This tradition lives on in the form of kamikoromo and in the ceremony called 'omizutori', which is performed at the Todaiji Buddhist temple in Nara.
Ippen Shonin (St.Ippen) traveled throughout Japan wearing kamikoromo. From the Muromachi period onward, kamikoromo spread out through the samurai culture. The one worn by Kenshin Uesugi (one of the most powerful lords of the Sengoku period) is thought to be the oldest surviving kamikoromo. Toyotomi Hideyoshi (a preeminent daimyo) owned a kamikoromo haori (the reverse side was dyed with kobai). By the middle of the Edo period, the use of these paper robes had expanded to the general population. This is the time of Basho, the greatest haiku poet and a wearer of kamikoromo.

Their lightness and heat-retaining quality made them popular among travelers and traveling haiku poets.
Kamikoromo embody the sense of wabi-sabi, emphasizing the rustic beauty of nature. In the present day, techniques for the production of traditional paper clothing are still practiced in Shiroishi, Miyagi Prefecture. 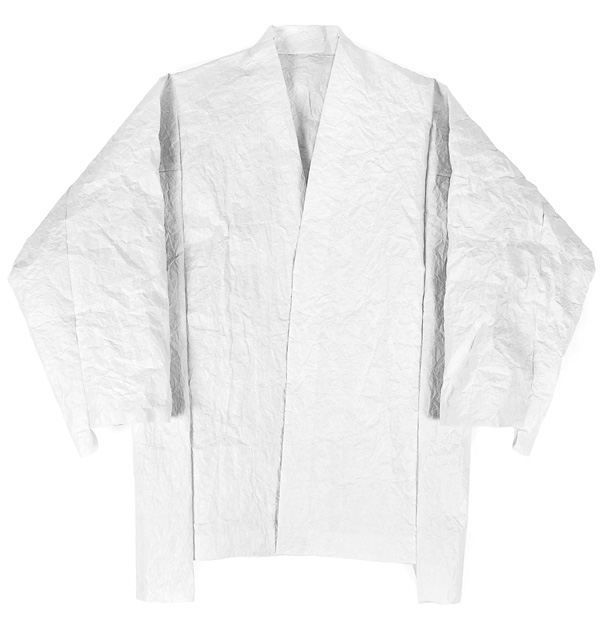 The Sekishu (the master of the ceremony) and Hanto (the assistants) wore
kamikoromo made from kozo, hemp and wild grasses.
The hemp is harvested from a naturally cultivated field in the village of Chizu in Tottori Prefecture.
The wild grasses, leaves, moss, soil and seeds are harvested in Kyotamba, Kyoto,
and ground into a powder by hand.
Pictured here is a kamikoromo haori made of kozo material.

The Kamino-hikarino-awa Water Ceremony was performed on the 26th of April, 2015.

The Kamino-hikarino-awa Water Ceremony was performed as part of the exhibition“MIERU kami”.